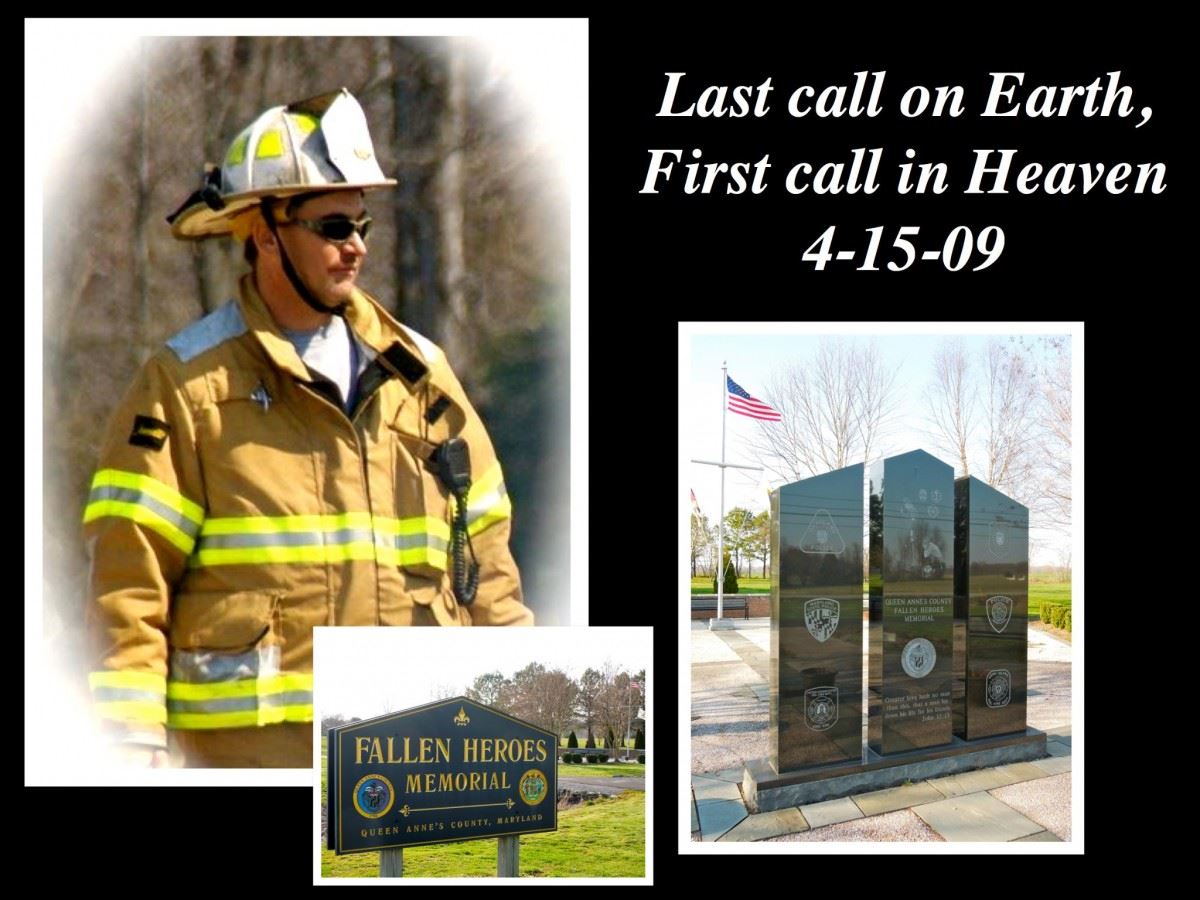 Chief Buck Clough was responding, in his Chief Truck, to a report of an appliance fire on April 15, 2009 when he was involved in a fatal automobile accident. Buck joined the Sudlersville Volunteer Fire Company as soon as he was old enough to become a member where he served the next 26-years and held numerous positions including Chief, Assistant Chief, Captain, Lieutenant and a member of the Board of Directors.

Clough was employed by the Maryland State Highway Administration for 21-years. He also farmed and owned Clough and Sons’ Mowing. 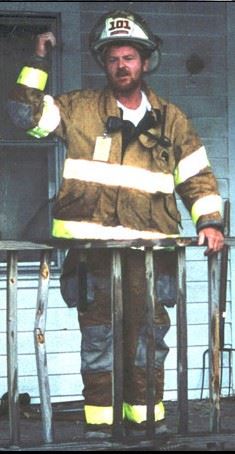 Assistant Chief Dougie Thomas was responding to a reported boat fire on September 16, 2001 when the fire engine he was driving struck a utility pole and overturned. He suffered serious spinal injuries, but continued to defy expectations and held on to life for another two years, when he finally succumbed to his injuries on July 9, 2003. Dougie joined the Kent Island Volunteer Fire Department as soon as he was old enough to become a member and served the next 25-years where he held various leadership positions, including Chief from 1998-2000.

Firefighter David Brinkley suffered a fatal heart attack on September 21, 1998, at the fire station, after responding to a car fire. A lifetime member of the United Communities Volunteer Fire Department, he served for 25-years and was one on the top three responders every year. Over the years, he served as President, Chief, Captain, and Pump Operator.

Brinkley was employed by the Maryland State Highway Administration for more than 20-years.

He was survived by his wife, Barbara; his father, William; brothers Dennis Brinkley, Wayne Brinkley, and James Dorner; and sisters, Sharon Brinkley and Rosa Politowicz.
______________ 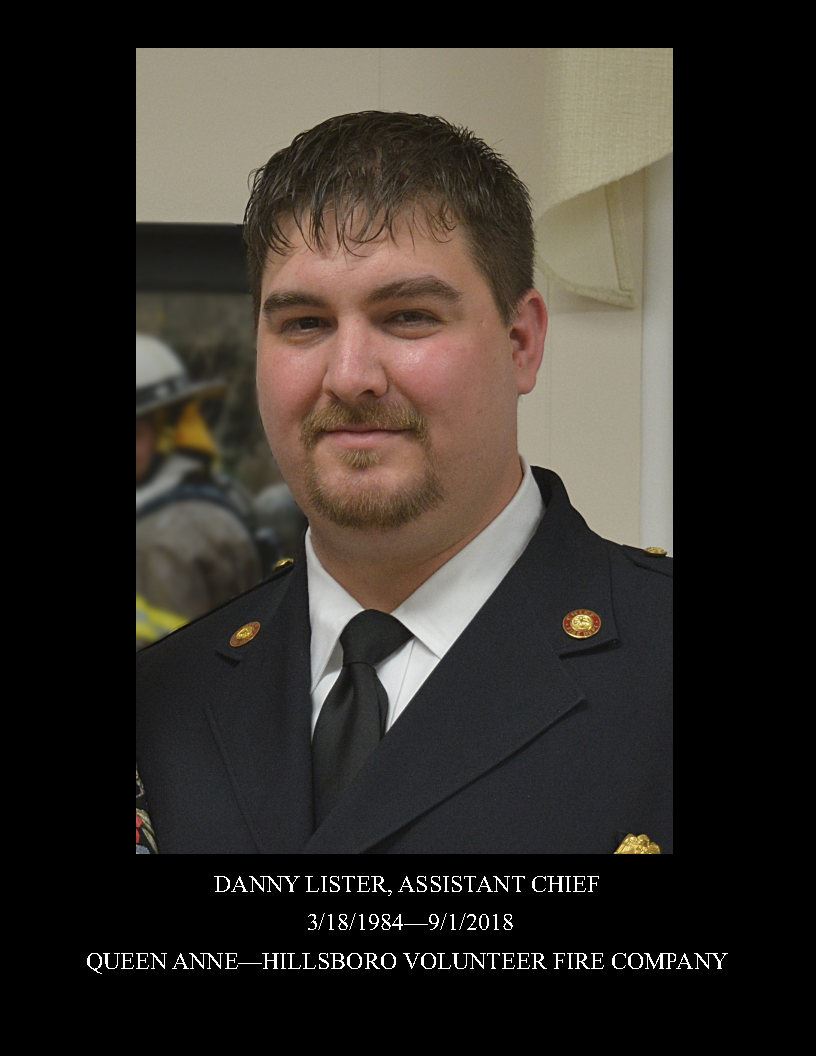 Assistant Chief Daniel Lister passed away on September 1, 2018 after operating on the scene of a Motor Vehicle Collision with multiple entrapped patients.  It was an extremely hot and humid day on Labor Day weekend with lots of traffic along Route 404 because of the holiday.  When the siren blew, Assistant Chief Lister was the officer in charge that day on Rescue 84. Units arrived to find a horrific crash on Maryland State 404 at Old Queen Anne Highway with 2 vehicles involved with one vehicle on its side and multiple people entrapped.  He started work right away, getting into the car with a patient and never left their side until they were extricated from the wreckage.  Following the extrication of the patient, Assistant Chief Lister began feeling ill and suffered a medical emergency.  He was loaded into an ambulance quickly and taken to University of Maryland Shore Regional Health Center in Easton, MD.  Resuscitation efforts were unsuccessful, and he died at the hospital.  His efforts with the patient he was assigned saved that person’s life.

Assistant Chief Lister joined the Queen Anne Hillsboro Volunteer Fire Company in 2003.  He moved his way up the ranks quickly, holding the positions of Lieutenant, Captain, Deputy Chief and Chief.  He was the current Assistant Chief.  Assistant Chief Lister had received multiple awards during his fire service career, he served on various committees and, was annually, in the top 10 responders for the Company.  He was known in his immediate family, firehouse family and friends as a jokester.  He played numerous jokes on family and friends on a daily basis.  He took great care of his son, Noah, and had met the love of his life, Lauren, whom he was planning to marry.   He was the Risk Manager for Queen Anne’s County Department of Human Resources.

Assistant Chief Lister responded to the call that day like any volunteer firefighter would – with professionalism, knowledge, and efficiency.  When he arrived on the scene he went right to work, like second nature to a firefighter as seasoned as he was.   Assistant Chief Daniel Lister was 34 years old and had served the citizens of Maryland for 15 years.
_______________________