Ferries ran at Matapeake beginning in July 1930, from Annapolis to Matapeake, as the connecting link between the eastern and western shores of Maryland. The clubhouse was built in 1936 to serve as a place to have a meal or get a drink while waiting to board the ferry. Prior to the opening of the Chesapeake Bay Bridge on July 30 1952, a 3 mile long line of cars often waited on peak summer weekends to board the small Matapeake ferry.

This particular route from Kent Island was a significantly shorter distance then the other ferry running at the time, the one from Claiborne (near St. Michaels) to Annapolis. The ferries were taken over by the State Roads Commission in 1941, and 2 years later the Commission moved the western terminal of the Annapolis-Matapeake ferry to Sandy Point, shortening the trip.

After 1952, the clubhouse was used by the Maryland Department of Natural Resources as a training facility and eventually vacated, leaving the building to fall into disrepair.

Renovations began on the clubhouse in 1999 and were completed in the spring of 2009. The facility and grounds were open to the public May of 2009 and since have served as a public swimming beach. 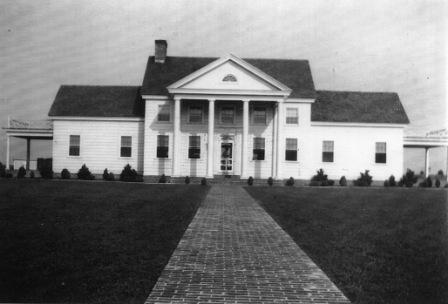 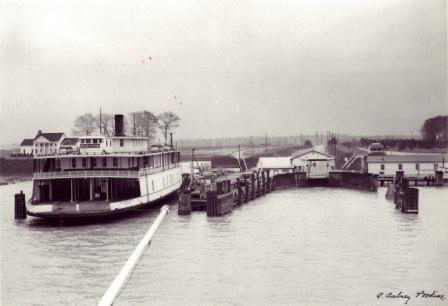