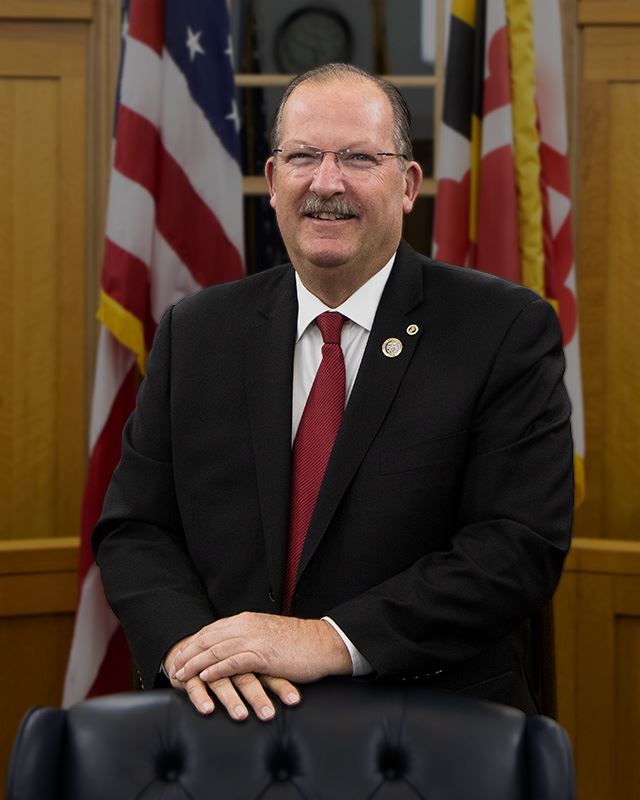 My father was a 20-year Marine who married my mother, a French citizen from Algiers Algeria after WWII. I was born on a Marine Corps Base in Albany Georgia and then spent 4 years at Camp Lejeune, North Carolina before moving to Bowie, Maryland where I was raised.

I joined the Marine Corps, 35 years to the day after my father and spent 4 years serving my country and seeing the world. With the exception of my wife and the birth of my children, there has been no other event that has shaped my life more than the Marine Corps, with respect to my resolve, determination, and can-do attitude.

My dream was always to move to Queen Anne’s County, where I would come for the outdoors to crab, fish and hunt. That dream came true in 2004, when I completed the construction of my home in Queenstown, where I live with my beautiful wife Marybeth of 37 years.  I have three children, Ashley 35, Kevin 33, and Michael 31, and five grandchildren. The twins, Hudson and Blakely 5, Ella and Bennett 3, and Brooks 1.

It was never my intention to get involved in politics, I had more than enough to do already in my life, but that's life, politics found me. In 2013 I was asked to throw my name in the ring to fill the vacant At-Large seat vacated when Commissioner Arentz moved up to fill a vacant seat in the House of Delegates. Since being selected to fill that seat in December of 2013 I have won three consecutive elections. December of 2022 started my 10th year as the At-Large Commissioner for Queen Anne's County. Before becoming a commissioner, I served on the Task Force for Government Sustainability, the Economic Development Committee, and almost three years on the Planning Commission. Since becoming a commissioner I have served on the Baltimore Metropolitan Council, Bay Bridge Reconstruction Advisory Group, Kent Narrows Development Foundation, Parks & Recreation Advisory Board, the Planning Commission Liaison, and the Drug Free Coalition.

It has always been an honor to serve the citizens of Queen Anne's County. I do not take this responsibility lightly, and it is my dream to leave this office and county in far better shape than I found it. I have never raised the piggyback or property tax. As a matter of fact, we have lowered the property tax to the third lowest in the state of Maryland. We have also built a state of art new courthouse, and we are in the process of renovating the old courthouse so that it will again be the oldest courthouse in use. We are in the process of building a new Board of Education building along with a new detention center. I am also proud of our transformation in services to our citizens when it comes to our parks. From our Cross-Island trail, South Island Trail, and all the parks, not to mention the new synthetic ball fields at Batts Neck, Church Hill, Queen Anne’s HS, and Kent Island HS, and let’s not forget the new skate park coming in 2023!

Out of all the things I am engaged in I get the most satisfaction out of being involved in the Drug Free Coalition and the preservation of farmland, our rural heritage. There has never been anyone before me, or possibly after me, that has conserved as many acres of farmland in Queen Anne's County as I have. I don't know anyone that has ever driven thru our county that doesn't get a sense of peace when driving by all of our majestic farms, and they will be farms forever. As far as our Drug Free Coalition goes, I have never been to a meeting where the room was not filled with all types of representation, county departments, municipalities, health officials, addiction organizations, churches, schools, and most of all citizens. Everyone is focused on saving lives, comforting those in need, and doing everything they can to keep all our residents safe. To include Queen Anne's Goes Purple, a month-long awareness on all types of addictions, going out to speak to our young school students on the pitfalls of substance abuse, and the support we get from all the communities. Nothing is stronger than the heart of a volunteer, they will never stop, and they will never give up. May the good Lord watch over and bless Queen Anne's County.